Buying a franchise is an opportunity that can be hard to pass up. It’s a great way to work for yourself while still benefiting from the brand awareness generated by a larger company. While you might be excited by what comes next, you’ll still have to talk to your family before you make such a major investment. Your family is very likely to have certain questions about running a franchise and you can best answer when you have all the necessary information. Below are a few of the questions they are likely to ask.

Why Are You Investing in this Franchise? 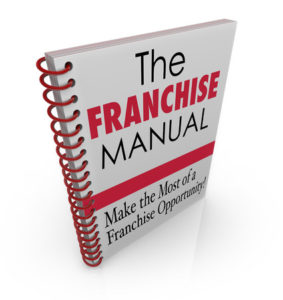 You’re family’s going to want to know why you are investing in a particular franchise, and it’s good to have an honest answer. You might want to run a particular franchise because you think that there’s a better opportunity for long-term profits, because the franchise’s beliefs line up with your own, or even because you think there’s a better chance for expansion when you work with a particular company. It’s important that you let your family know that you’re making a decision that will benefit them in the long term, even if they aren’t particularly familiar with your franchise choice.

How Much is it Going to Cost?

This is perhaps the biggest question for most families, as the cost of starting up a franchise isn’t usually low. When your family asks you about this, you’ll want to come up with an answer that tells the whole story, not just one that passes a cursory review. You’re going to spend a great deal of money that could otherwise be used by your family in other ways, so make sure you tell the truth.

The best answer is going to incorporate a few factors. The easiest starting point is with the initial franchise fee – if you’re worried about your family’s reaction, you may want to remind them of the relative cost of starting a different franchise in the same field. Likewise, you’ll want to have a basic discussion about things like real estate costs and equipment purchases. It’s important to stress that these costs are relatively common in the industry and to let your family know about the process of recouping that investment. You want to let your family know not just that

Why Are You Working So Much?

Once you get the ball rolling on your franchise, you’ll certainly be home less. While your family might understand your desire to be your own boss, they might wonder why you are gone so often. Communicating the nature of the early days of a franchise is a good idea, especially if your family is used to you working a nine-to-five job. You’ll probably be working quite a few shifts as your business gets up and running, especially before you start hiring more help. Your family should expect you to not only be working a full time job, but to be putting in after-hours efforts to pick up as much slack as you can.

The good news for them is that this should be a short-term issue. As your franchise begins to stabilize and make money, you’ll be able to stay home more. In fact, it’s very possible that you’ll be working less as a franchise owner than you were when you were working for another company. With that said, many franchise owners put in long hours simply because they care about the success of their businesses and feel that they can best contribute when they are on site.

When are You Going to Get Paid?

The final question will probably be financial. As your franchise gets up and running, you’ll notice that the costs will pile up and that you probably won’t be get paid much if anything at all. This is very normal in the business world, and can be even more dire if you were working entirely on your own. Your family will need to understand that most of your early profits will be tied up in improving the business and bringing in new staff rather than going straight to you. The profits will come soon enough, but you’ll have to depend on an income source other than franchise during the earliest days of your franchise.

It’s normal for your family to have questions about buying a franchise, so make sure that you are prepared to answer them with honest information. The more you can share with them, the more comfortable they will be with your new path. If you really want to get your family on board, make sure they are aware of what you are doing and that they are able to give you honest input. A family that is engaged with the business is better able to support your vision and will be able to help you while your business grows.